skip to main | skip to sidebar

The role of District Councillor has changed dramatically since the year 2000. Government policy and public awareness has meant that Councillors need to be more accountable than ever before to their electorate. Technology has also moved on and in Heyhouses your Conservative Councillors are at the forefront of adopting e-mail alerts, Blogs and Newsletters such as the Heyhouses Harrier to keep you up to date. Our monthly mobile Ward surgeries are also a vital face to face opportunity for residents to keep in touch with us. Finally the Heyhouses Branch committee, made up of volunteers, plays a vital supporting role in campaigning and fund raising. If you would like to play a more active role in your area and would like to become part of the team, then please get in touch. We hope you enjoy the Blog.

Does Heyhouses Ward need another two Councillors? That will be the question that will put to residents in the coming months following a full review which was instigated by the Conservatives last night's Full Council Meeting.

Fylde Conservatives last night proposed a full consultation to review Community Governance across the whole of Fylde Borough. The consultation was instigated by an application from St Annes on the Sea Town Council to increase it's number of Councillors from 7 to 18. This request would require a Boundary Commission review and therefore it was seen as an opportunity to also review the size of the District Council whilst at the same time asking the Boroughs other Town and Parish Councils if they required any chances to their boundaries or structures.

Heyhouses Ward Councillor and Leader of Fylde Conservatives John Coombes said ' Conservatives have promised to review structures and Councillor numbers to ensure that the right level of representation is given to the residents of Fylde. With the current proposals for 18 St Annes Town Councillors, this potentially brings the number of elected Officials in St Annes alone to 39 Councillors including County Councillors, residents have a right to comment'

A number of light touch reviews have taken place since 1974 however these were just tinkering around the edges and not deemed to be wide ranging. The last review undertaken when Independent and Liberal Democrat Councillors were in charge sparked a furious response from St Annes residents who were again denied a St Annes Town Council. This led to a 3500 signature petition which brought about the new Town Council.

John Coombes added ' Both the Conservative and Labour Parties have stated that the future of
local decision making will be through Town and Parish Councils in the first instance. Both Parties have also made it clear that Town Halls will need to tighten their belts further from 2011 and Government has recently stated that Town Halls need to strongly consider the cessation of Non-Statutory services'

The review will start in earnest and will be completed in time for the 2011 local Council elections. Residents across the Borough will now be asked for their views on local representation including those in Lytham and Ansdell whom currently do not have Parish Councils.

Cllr Pounder added ' We will consider all the responses once collated and will bring the results back to the Full Council for a final decision, I hope that those who voted against this Consultation on Monday will then honour the will of the majority'
Posted by John Coombes at 09:55

The European and County Council elections are upon us. Heyhouses residents will be eligible to vote on Thursday at the Polling Stations as listed on your Polling Card. This will be either St Thomas' School or Hope Street Park. There are a total of 8 Conservative European Parliamentary Candidates to vote for and Councillor Fabian Craig-Wilson is the Conservative candidates for St Annes South.

After 28 years of labour control at County Hall Fylde needs a change which will bring about a change of funding priorities from the East of Lancashire back to the Fylde region.

The Conservatives are the only party that is capable of taking control, requiring just a handful of seats to take over. The Lib Dems are miles behind and would require almost 40 seats to come close - so remember not only to vote but to support the Conservative Party when voting as this is the only real way to guarantee a change for Lancashire. It's time for change - please remember to vote!
Posted by John Coombes at 13:54

Residents around Waddington Road and Grassington will be aware of the plans to demolish the old New Fylde Housing Flats on Grassington Road. This work is about to commence and for your information a temporary road closure of the duel Footway/ Carriageway linking Pilling Avenue and Grassington Road at Heyhouses will start from 08:00hrs Monday 11th May 2009 to 18:00hrs Wednesday 11th November 2009

As previously mentioned this is to demolish old properties and redevelop the site, plans can be viewed by visiting the Councils one stop shop on Clifton Drive.
Posted by John Coombes at 09:48

Last night I met with a great group of residents at Cllr Hyde's home regarding the setting up of a Parks Friends group for Hope Street Park. The upgrade of the Park could cost as much as £250,000, but funding is available to Friends Groups, hence the meeting. Hope Street is a fantastic Park which sadly has declined over a number of years. With Council budgets shrinking year on year the best way forward for Heyhouses Parks is for residents to form groups similar to that of Lythams Park View 4U, which has raised over a million pounds for the Lytham Park.

Detailed plans have already been drawn up for Waddington Park, and a keen group of residents have taken over the baton and are pushing the plans forward, they are keen to hear from anyone that is willing to help, and they can be contacted via the link in our "links" section. Funding has already started coming in towards the Waddington scheme, from Lancs County Council and Fylde Council Officers are helping both groups get organised and helping point them in the right direction.

The Hope Street group will meet again on the 3rd February at 6pm to discuss the appointment of committee members and keith would be keen to hear from anyone living close to Hope Street who would like to get involved.

Keith said "this is an exciting time for Heyhouses Ward, we are keen to make our Parks the best in Fylde. Residents have two great examples of what can be achieved at both Hove Road Park and Park View and I hope that those living close to Hope Street and Waddington Road will get in touch with me. We hope to kick off fundraising in the Spring"

Once official the Friends of Hope Street will set up a website to keep neighbours informed on their progress.
Posted by John Coombes at 15:12 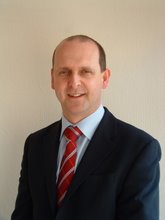 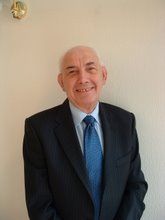 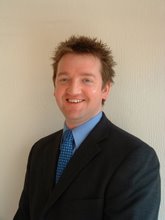 Below are useful dates for your diary. Meet with Police Ward Beat Officer on the first Wednesday of each month at 7pm. The PACT meetings are held in the Hope Street Park Bowling Pavilion. Ward Councillor Surgeries. First Saturday in the month 10am until noon. We will be accompanied by Police & Fire Officers at each surgery. No appointment necessary

Latest from News from Westminster